Home Macedonia Shverceri: Zaev could have done the damage at the previous event 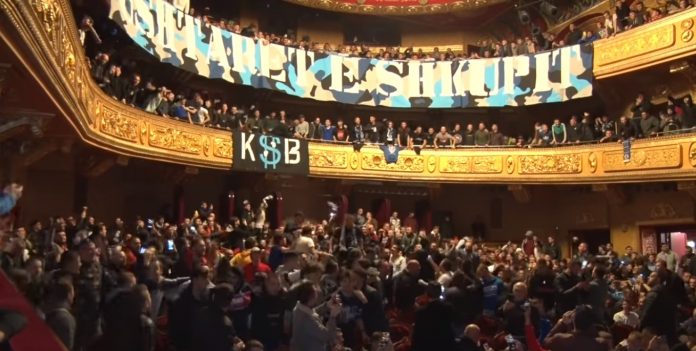 The fan group Shverceri (Smugglers) strongly denies the constant tendency of propaganda against our celebration of our 30th anniversary of the group’s formation. All the footage, and especially our footage half an hour after the event in the empty hall, denied the tendentious reporting of alleged demolition, vandalism and rampage, the fan group responds via social media.

-It is concluded that there was no vandalism and rampage, nor deliberately caused harm, but only chanting and shouting as a way of expressing in fan culture all over the world. To clarify all dilemmas, we are the organizers of the event, the Shverceri (Smugglers) fan group, and a short documentary was shown at the event as well as recognizing eminent football players who made their contribution to our club. At the event as guests we invited all players and coaches, current and former, to our club, the club’s former and current leadership, mayors and deputies, etc., who honored us with their presence, said the football fan group.

The group says that the damage could have been done by anyone at previous events.

– The conclusions are strange without a record of the state of the hall before and after the event, and with deliberate propaganda three days after the event, with no incident reported in any newsletter. Also, what we find suspicious is the reporting of alleged damage three days after the event which leaves room for thinking that the “damage” could have been caused both before and after our event, similar to the serious negligence of the object outside and inside. We were in the theater to celebrate an anniversary, not to ruin or vandalize it ,the fans say.