Home Macedonia Are Zaev and Sekerinska preparing for their sixth consecutive election defeat? 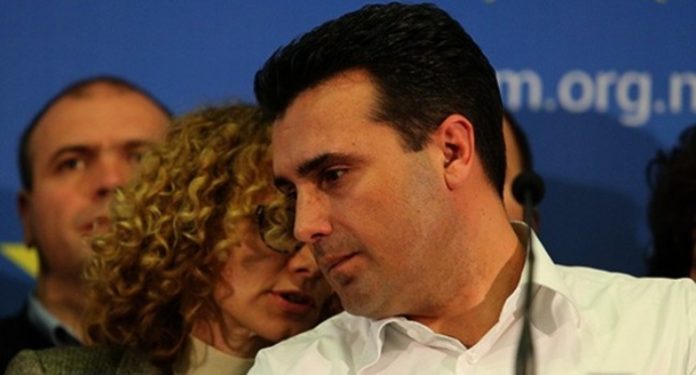 Are Prime Minister Zoran Zaev and former SDSM leader Radmila Sekerinska
preparing for their sixth consecutive election defeat? This is a question that has
arisen in the public after it became apparent that they were fleeing the proposal that
the mandate candidate should not be on the MP ist.
According to analysts, this decision by the ruling majority casts doubt that this is
being done in order to abuse parliament and parliamentary immunity and to try to
escape any responsibility.
Zaev-Sekerinska duo have been without a victory in the parliamentary elections for
the past 14 years, after being defeated by VMRO-DPMNE in the 2006, 2008, 2011,
2014 and 2016 elections.
In the 2016 elections, although VMRO-DPMNE was the winner, SDSM formed the
government with a post-election engineering.
Political analyst Sotir Kostov for news website Kurir says the Zaev-Sekerinska
tandem is a political duo without a steering wheel.
– These days the political duo Zaev-Sekerinska has shown us intensely and
vigorously and proves that their policies and the rule they practice are based on
hypocrisy, lies and deception. Since 2013, when they have become a duo without a
steering wheel, they have easily lost elections (parliamentary, local, and presidential)
up to December 2016. They began to use lies and deceit, and so, although they
were losers in the parliamentary elections, they formed a government that will remain
remembered as treacherous and against the nation. It violated the will of the citizens,
expressed in the Referendum, violently, with pressure, blackmail, threats and
bribery, changed the Constitution of the Republic of Macedonia and the holy name –
Republic of Macedonia. They promised a date for the start of EU accession
negotiations, they didn&#39;t deliver it, and for two years they shamefully lied to us that
we got it, but… Macron was not willing to give it. They promised NATO accession by
the end of the year, and that didn&#39;t happen either. But importantly they are riding on
an aircraft carrier and foreign flags and declare them – Macedonian. Embarrassing.
Shameful. Not even knowing the flag of your own country. Political scum, like the
real one in the ARM. A moral and cultural misery. As for corruption and nepotism,
such as the Racket (Boki Thirteen and Special Prosecutor Katica) they are the best,
said Kostov.