Home Economic Interest on debt for enforcement to be written off 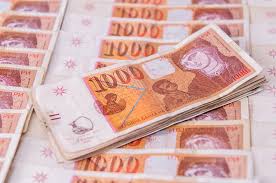 Interest on debt owed for enforcement by citizens towards a state authority, public enterprise, or institution at central or local level incurred as of December 31, 2017 will be written off.

The legal solution should receive support tomorrow at a session of the Government, Prime Minister Zoran Zaev said at a joint press conference with Justice Minister Renata Deskoska.

“All cases given for enforcement as of December 31, 2017 by public and state-owned companies and constitutions are being deleted. The creditors are obliged to write off the interest and reprogram the debt within three months from the entry into force of this law – said the prime minister.

He urged private creditors to do so on a voluntary basis, and expressed hope that especially those who could afford it would accept it.

According to the prime minister, this rectifies another injustice done in 2011, when old cases were transferred to enforcement agents and notaries.