Home Macedonia These are VMRO-DPMNE’s proposals for interim ministers 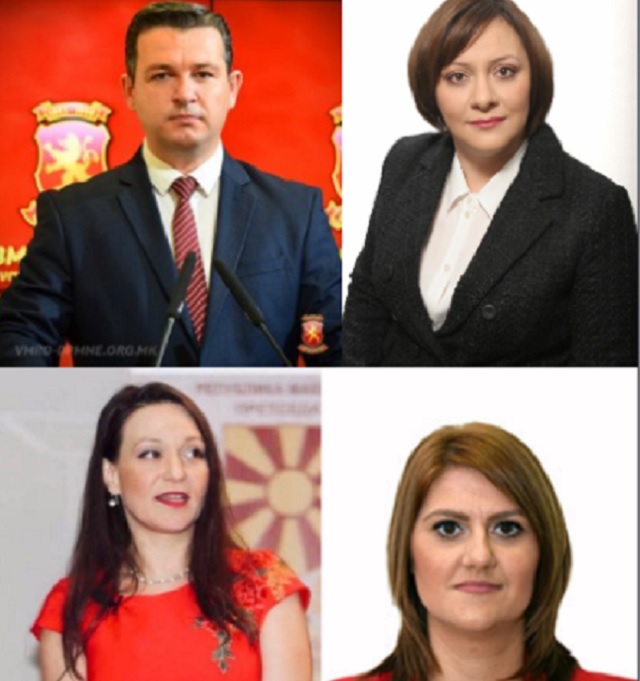 Alfa TV published the proposals that VMRO-DPMNE will submit to the caretaker government.

Dr. Rashela Mizrahi will be nominated for the new Interim Minister of Labor and Social Policy.

Rashela has an impressive biography and a doctoral degree from Bar Ilan University in Israel, where she holds a PhD in biochemistry.

She was also voted best student in her generation at the University of St. Cyril and Methodius in Skopje.

She has conducted scientific research activities in many fields at the Universities of Israel, Canada and Macedonia, such as: Biochemistry and Molecular Biology of Reproductive Cells in the class of Prof. Haim Breitbart, Bar Ilan University, Israel. Genetic potential management in Ontario, Canada. She has worked at the Cardiology Research Institute – Newfeld, Medical Center – Shiva, Israel, as well as at Reproductive Physiology Laboratory at Ss. Cyril and Methodius, etc.

Rashela Mizrahi worked as a Global Fund consultant within the Tuberculosis program in the Republic of Macedonia, monitoring a laboratory in Israel, and was an Assistant at the Department of Physiology at the University of Ss. Cyril and Methodius, Skopje. Rashela lives in Skopje and is the mother of one child.

Gordana Dimitrieska Kochoska, who is holds a Master’s Degree of Economics at Ss. Cyril and Methodius University, will be nominated for a new deputy minister of finance.

She has an impressive working biography in the field of economics, as well as experience in the banking sector. Currently works in a private company as a financial consultant in the area of ​​control and finance. Previously she worked in Stopanska Banka, Makedonski Telekom in the tax sector, in the Ministry of Finance in the Public Debt Sector and at the same time she was also a Finance Director in ELEM, at the time when this company was run by the leader of VMRO-DPMNE Hristijan Mickoski.

Gordana Dimitrieska Kochoska holds training, education and international certifications in a variety of areas such as financial statement analysis, accounting analytics, management, control and management, and has graduated from the Academy of Control in Management Center Belgrade, licensed by CA Akademie AG. She is married with two children.

Cvetan Tripunovski, who has vast experience in this sector, will be nominated for the new Deputy Minister of Agriculture.

He worked in the Ministry of Agriculture, Forestry and Water Economy as a State Counselor, and previously served as Director of the State Agricultural Inspectorate from 2015 to 2017. From 2006 to 2008 he was the head of the state phytosanitary laboratory.

He holds a Bachelor’s Degree in Agricultural Engineering and is currently a Post Graduate at the Institute of Agriculture in Skopje. He is also the father of two children.

The current Deputy Minister of Information Society and Administration will be the current MP from VMRO-DPMNE Nevenka Stamenkovska Stojkovski. She holds a Masters in European Law and European Union Law.

She previously worked at the Secretariat for European Affairs and the Foreign Investment Agency where she was the coordinator of economic promoters, and worked to attract foreign investment.

Sh has knowledge and practice of several international trainings such as work on UN-related issues organized by the MFA’s multilateral sector. She was involved in the national program for the adoption of EU law, coordination of EU funds and other trainings.

She is married and has one child.