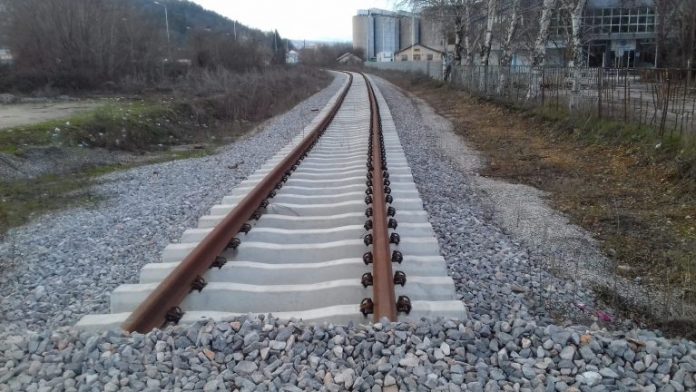 The railway sector in the country has completed the last year and starts the new year
with almost the same promises of new kilometers of railways and renewal of trains,
plans to provide funding to international creditors, subsidized passenger transport…
In the state budget for railway construction and development the rail sector is
projected to reach MKD 2 billion and MKD 652 million this year, 577 million more
than in 2019.

The first of the three sections of the railway to Bulgaria is to be completed this year.
Key announcements for more concrete activities relate to the railway to Bulgaria,
which began construction in March 2014.
Authorities announce that construction of the first section from Kumanovo to
Beljakovce, 30.8km, should be completed in the second half of this year. Of the 47m-
euro section, according to the Transport Department, 25 percent inherited in 2017,
and so far 65 percent of progress has been achieved.
For the second section Beljakovce – Kriva Palanka, 34km long and costing 147.5m
euros, 15 companies submitted bids on the pre-qualification call in October last year.
It is being evaluated by the lender – the European Bank for Reconstruction and
Development and the Implementation Unit, and a tender is expected in the second
half of 2020. For the third section from Kriva Palanka to the border with Bulgaria, the
shortest but most complicated to build due to the terrain configuration, negotiations
are still under way to secure financing that, according to initial estimates, would
amount to around 370m euros. So far, EUR 60 million has been provided through
IPA funds.

The railway connection to Sofia is reportedly planned for 2025. On the western part
of this corridor, a railway connection with Albania is promised, with a planned project
to build the Kicevo railway to the Albanian border. Construction of the 63km-long
railway project costs 500m euros, which a year after the design and tender
documentation has not yet been provided. With this line and Ohrid should get a
railway connection. The railway route runs from Kicevo through the mountains to the
region of Meseista, from where it passes by Struga, where it will be the main station,
after which it will continue to the west of Lake Ohrid, cross Radozda and connect
with the Albanian border. at the town of Lin.
With the construction of the Kicevo-Lin railway, as well as the construction of the
railway to Bulgaria, which is set to be completed by 2025, the authorities are
promising a functioning railway network along Corridor 8, totaling 315km. It starts at

the port of Burgas in Bulgaria, passes through the territory of our country and ends at
the port of Durres in Albania.