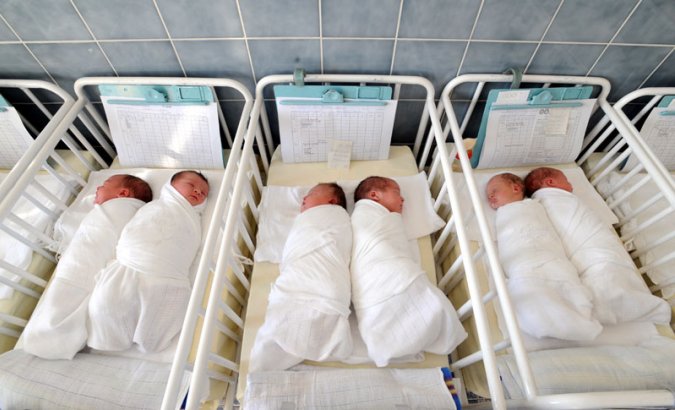 The maternity ward of the Kocani General Hospital gave birth to 30 more babies in
2019 than in previous years.
The hospital said that the increase in the number of births was largely a result of
efforts to improve the technical and staffing capacity of the health institution, thereby
gradually restoring confidence among mothers in the region.
Unlike the previous years, when the number of births in our maternity ward was
steadily declining, last year we had just over 200 births, which is a 20 percent
increase. It gives us positive expectations that the ward will be held, meanwhile three
specialties have been sent to gynecology and internal medicine, and we will receive
another pediatrician, besides the current four. Eight other doctors for orthopedics,
surgery, ear diseases, radiology and dentistry should also receive specialist titles.
We expect to complete all wards where there is a shortage of doctors after
completing the specialization and returning to our hospital, said Aleksandar
Serafimov, director of the Kocani General Hospital.

The first newborn in 2020 in Kocani is a girl, the second child in the Stojanov family.
During a visit to mark the Christmas holidays, Mayor Nikolco Ilijev sent
congratulations and wishes on good health and happiness to the entire family,
handing out the traditional gift – a gold chain with pendants.
Mayor Ilijev announced that with the support of the Ministry of Health, Kocani should
soon become a modern medical facility in the region with a center for physical
therapy.