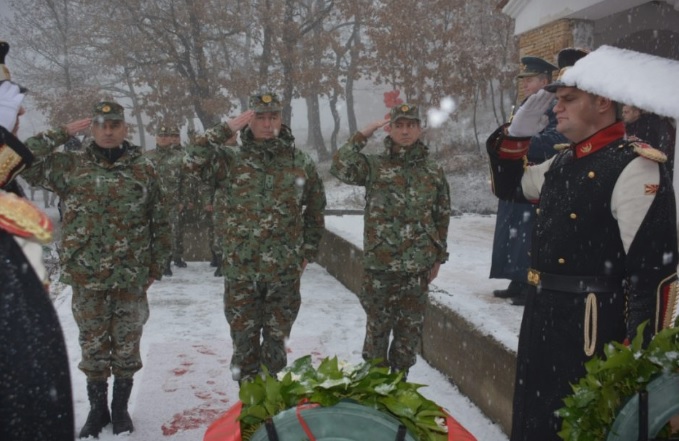 Тhe eleven members of the Army who died twelve years ago in a helicopter crash were honored with a minute of silence and laying flowers at the memorial near Katlanovo’s Blace on Sunday.

According to the Ministry of Defense, a Ministry delegation led by Deputy Minister Bekim Maksuti, an Army delegation led by Deputy Chief of General Staff Major General Azim Nuredin, Petrovec Mayor Borche Mitevski, delegations from the Joint Operational Command, the Wing Aviation Unit, and the 1st Mechanized Infantry Brigade, as well as family members of the victims laid wreaths of fresh flowers at the memorial in Blace.

The MI-17 army helicopter, returning from a six-month mission in Bosnia, was en route from Camp Butmir to Skopje when it crashed due to bad weather on January 12, 2008.