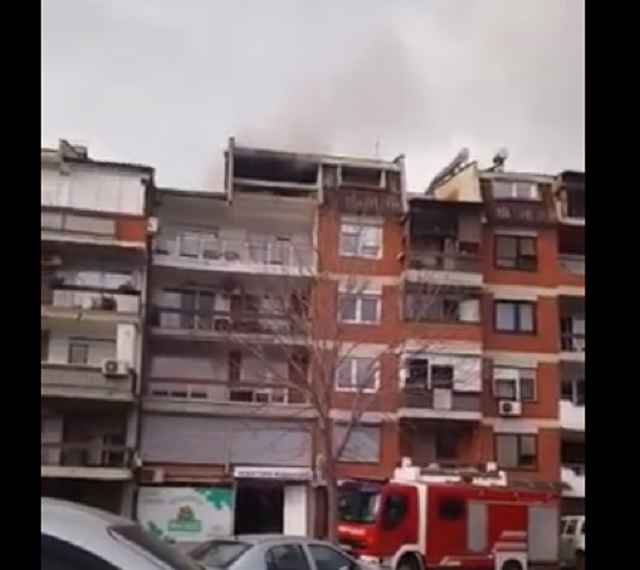 A 42-year-old man was killed in a fire in a residential building on the JNA Boulevard in Stip.

According to eyewitnesses, only one room in the apartment burned down, and firefighters prevented the fire from spreading to the roof and to the adjacent apartments.

Stip Territorial Fire Brigade Commander Toni Atanasov told MIA that the fire was reported at 10:30 pm by neighbors and was immediately intervened by eight firefighters and two fire trucks.

SIA-Stip confirmed that 42-year-old Stip resident died in the fire. The body of the deceased was found under several blankets that he used for covering, and many burns were visible.