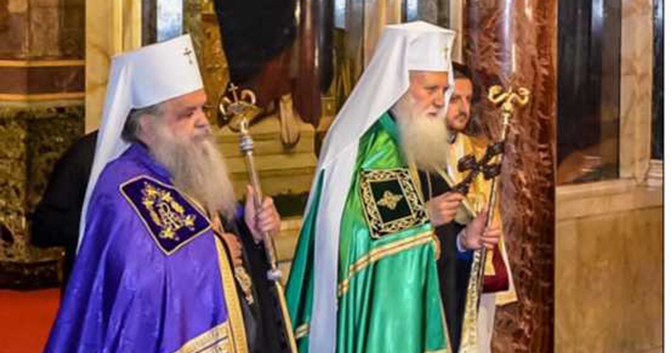 The recent visit of current and former Prime Ministers Oliver Spasovski and Zoran
Zaev to Constantinople and the engagement of the Ecumenical Patriarch
Bartholomew to resolve the Macedonian church issue is not a surprise and is a
normal course of the process, especially after the silence of the Bulgarian Orthodox
Church and the missed opportunity to be the mother church of the MOC, says
Bulgarian theologian, analyst and publicist Nikolay Krastev.

Failure by the BOC to do anything at the request of the MOC has forced
Macedonian political and church elites to seek recognition of the autocephaly by the
Ecumenical Patriarchate. It is Fanar who gives the tomos for autocephaly and
therefore such a step is a normal course of the process, Krastev said in a statement
for Bulgarian TV BNT.
According to him, MOC is a reality, there is a Macedonian state and it is logical to
have its own church. The Macedonian church issue needs to be resolved in an
objective way – to respect the rule for every state to have its own church. He
considers that the Ecumenical Patriarch will recognize the church in Macedonia
under the historical name Ohrid Archbishopric. According to him, it is best for the
MOC to be a Church of North Macedonia, but it is unacceptable for the Greek
Orthodox liner because of the name.

Asked if any recognition under the name of the Ohrid Archbishopric, whose
inheritance rights the BOC would claim would harm Bulgarian interests and whether
Sofia should react, Krastev reminded that the issue was not raised at the time when
the Serbian Orthodox Church created POA in Macedonia today.
– The question remained why the BOC then admitted that fact and did not react. It
turns out that he recognizes POA under the SOC and Jovan Vraniskovski, says
Krastev.
Speaking about the silence in the Bulgarian Church over the MOC&#39;s request for
recognition, he said Sofia feared a dispute with the Serbian Patriarch would not
happen. He also notes that the Bulgarian Bishop Cyprian, who translates the BOC
commission dealing with the Macedonian church issue, has recently been in Moscow
to consult with the bishops of the Macedonian Orthodox Church, which, in addition to
the Ukrainian one, has a negative view of the autocephaly of the church in
Macedonia.
He believes that the BOC should recognize the MOC, and as it waits and hesitates,
the influence of the SOC and Fanar increases, with the BOC losing its Orthodox
brothers in Macedonia.
– Names and history are important, but one must look at the present and seek a real
solution. Nationalist attacks are not helping. What would be expected if there was a
MOC that would be the closest church to the Balkans in the Balkans?, Nikolay
Krastev said, adding that recognizing the Macedonian church would be a positive act
and would not harm Bulgarian historical heritage.