Home Macedonia Carovska and Spasovski admitted that most successful government measures were introduced by... 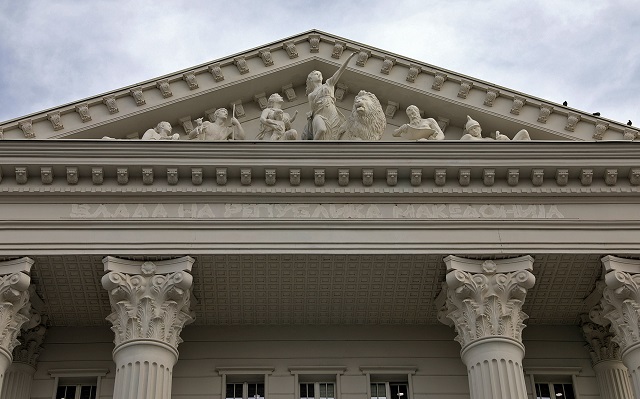 Carovska and Spasovski admitted today that the most successful measures of the
SDSM government were those introduced by the previous VMRO-DPMNE-led
government, according to VMRO-DPMNE&#39;s reaction to statements by Prime Minister
Spasovski and Minister Carovska.
At today&#39;s press conference, they spoke about the operational plan for employment
and reduction of unemployment in the Republic of Macedonia, mentioning the
measures of the Employment Agency for vocational training, start-up businesses and
self-employment, measures implemented and introduced by the VMRO-DMPNE-led
government.
&quot;It is good that the SDSM finally becoming aware that in the past three years they
have no project or measure that will improve the lives of the citizens. It is good that

the SDSM finally welcomes the effective and in the interest of the citizens measures
implemented by VMRO-DPMNE”, stated VMRO-DPMNE.
SDSM has done nothing to improve the standard of living of Macedonian citizens in
the past three years, the party said, adding that one third of Macedonian citizens in
the month cannot pay basic fees, more than 500,000 citizens living in poverty, youth
unemployment is the highest in Europe, Macedonians receive the lowest salaries in
the region. All of this will change after April 12 when the time for renewal for
Macedonia comes.