Home Economic Employers and workers should not be enemies 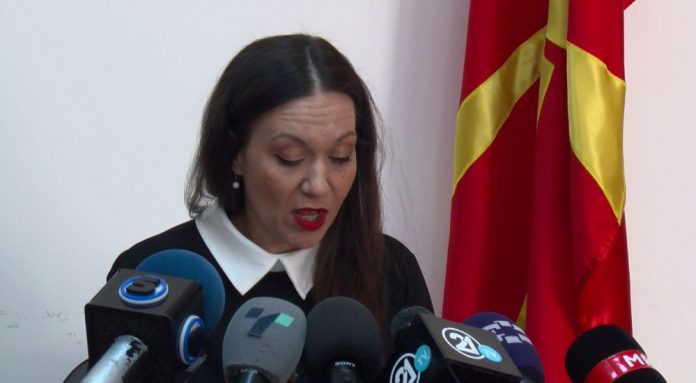 Employers and workers should not be each other’s’ enemies, they should respect each other, build compromises in the interest of everyone, said the employers after today’s meeting of the Economic and Social Council. Trade unions, meanwhile, say they will continue to fight for workers’ rights, though their statements and attitudes differ as to whether and how much the government has done in this period to protect their rights and the functioning of this council.

Labor and Social Policy Minister Rasela Mizrahi, who chaired the council, said there were issues and issues that needed to be resolved but that they could be overcome through conversation and compromise.

– The purpose of the meeting was to introduce ourselves to the general situation and the representatives of the Council itself. The first conclusions, according to the statements we received, are that there is some discrepancy in the ESC’s normal day-to-day functioning with regard to the remarks they made at the meetings, but we will need to go further into the matter, to listen to all parties. All problems are overcome. At today’s meeting we found mild tension between the unions and some employers, but I do not believe these problems cannot be overcome, the minister said.

Angel Dimitrov, president of the Organization of Employers of Macedonia, stressed that the country is not at the beginning of the 20th century for class struggle and hatred between employers and workers to be the basis for progress.

– We, employers and workers, should not be enemies. We have to respect each other, we have to build compromises between us and understand different interests together, he said.

Concerning the views of the various union representatives, he stressed that they as well as the employers in the negotiations should be guided by the interests of workers and not allow them to be used politically.

Concerning certain demands of trade unions related to greater workers’ rights, he said he wanted to hear all the views he respected, as well as through open discussions and realistic agreement on the state of the country could lead to a compromise. The problem, according to him, is not that there are bad laws in the country, but that they are not respected. But, he said, it is time not to talk about disrespecting workers’ rights in general, and that all employers are exploiters, but to name them and to fight against them along with the state.

Blagoja Ralpovski from the Confederation of Free Trade Unions pointed out that in the past period the Economic and Social Council did not function in accordance with the law and that decisions were made on substantive laws in the area of ​​labor rights without quorum and conclusions. On the agenda, he said, despite repeated demands by the KSS, no adjustment of public sector wages after raising the minimum wage was made.

On the other hand, the President of the Federation of Trade Unions of Macedonia (CCM), Darko Dimovski thinks that this council has worked well in the past, which, in his opinion, speaks of the adoption of more important laws, such as the one on raising the minimum wage, for youth. in addition, subsidizing workers ‘pay raises, and launching a debate on a new labor law to incorporate greater workers’ rights.

The Economic and Social Council, SONK President Jakim Nedelkovski, used, as he said, to point out the interference of the state and the employers in the trade union organization, which, in his opinion, is the last case of UKIM where the express union was formed in order to pay higher wages by 10 percent.