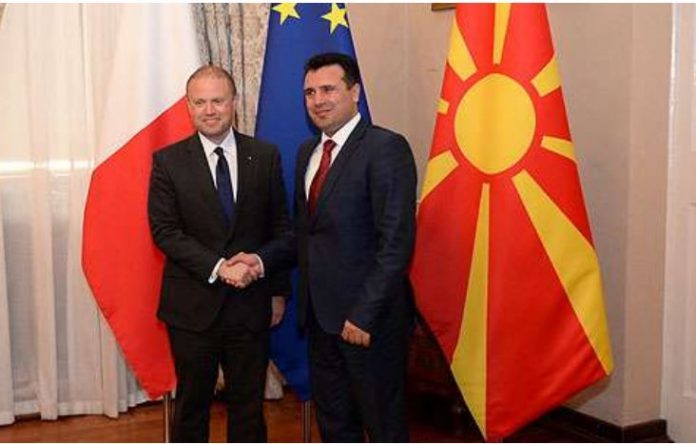 Two days ago, Albanian media launched a new affair following a series of scandals in Malta. They write about secret meetings in Malta between Malta’s Prime Minister Joseph Muscat, Macedonian Zoran Zaev and controversial tycoon Shaukat Ali Abdul Gafoor from Libya, which took place in September last year, and referred to entering Macedonia and partnership with the controversial businessman of Pakistani origin.

Albanian media reveal a scandal that former Macedonian Prime Minister Zaev went to secret meetings with a controversial mogul over a hospital contract being investigated in Malta. Ali Gafoor works according to a predetermined scheme in which the state participates in a private partnership for a certain amount, until it is pumped out of the state after which the founding companies go bankrupt, which is what happened in Malta, which led to an extensive investigation.

Within months of signing a takeover of Maltese hospitals by the VGH company, bought by Ali Gafoor’s company, it went bankrupt in Malta. Although a € 7bn investment package was promised, the bankruptcy occurred after the state invested € 51m in the project. The corrupt deal leads directly to the top of the Maltese government. The billion-euro concession was bought by Steward for 1 euro and they immediately signed another Memorandum of Understanding with Montenegro, and the Memorandum of Understanding with Albania remained in force. Libyan Shaukat Ali Abdul Gafoor was in touch with Prime Minister Muscat and then Macedonian Prime Minister Zoran Zaev.

Zoran Zaev had at least two official meetings with Prime Minister Muscat. The first one is on November 14, 2018 in Skopje, while the latter is in Malta in September 2019 when the mentioned secret meeting between Malta”s Prime Minister Muscat, Zoran Zaev, and tycoon Shaukat Ali Gafoor. Interestingly, during the visit to Malta, the delegation also included Health Minister Venko Filipce, who only raised suspicions that Malta had a secret meeting in which the controversial business was being discussed.

Zaev’s government after the official meeting sent only a scathing statement that said the focus was on healthcare, without giving any further details.

“The meeting between Prime Minister Zaev and Muscat discussed the intensification of relations between the two countries in several fields, among which a special focus was put on promoting cooperation in the field of health. To this end, the Prime Minister of Malta, Muscat, is invited to a ministerial visit by the Government of the Republic of Macedonia to the Republic of Malta, in order to exchange experiences in these areas and to discuss ways of cooperation.

But who is the controversial Libyan tycoon with whom Zaev negotiated businesses and who laundered money in Malta – from a millionaire to a man who runs the black funds of former Libyan authoritarian leader Muammar al-Gaddafi. Shaukat Ali Gafoor is a millionaire coming from Libya. He is the owner of numerous offshore companies but also black funds. Politico.eu links him as a man who withdraws money from Gaddafi’s frozen funds in European Union countries for which there is a special investigation.

Net Press (Macedonian: Нет Прес) is an independent internet news agency in the Republic of North Macedonia. Net Press's primary task is providing news, information and analyses only in Macedonian language. Net Press was founded in January 2007 and is based in Skopje.
Contact us: contact[email protected]
©