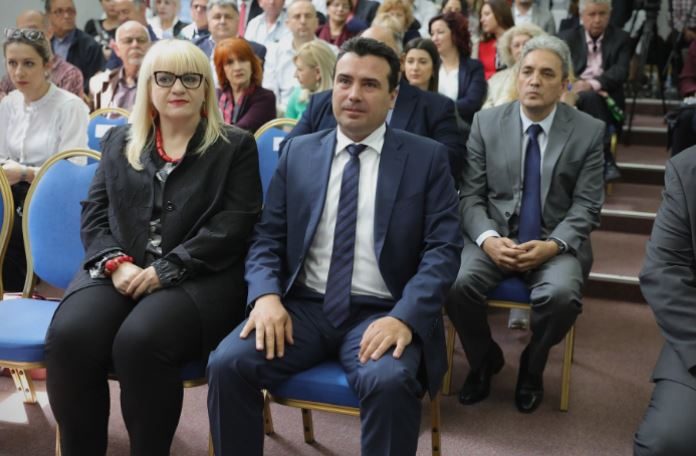 In 2019, requests for accountability of 131 judges and court presidents were filed, a huge increase over 2018 when ten such requests were submitted to the Judicial Council, Council President Kiro Zdravev said today at the presentation of the monitoring results. of the work of this judicial institution.

The reason for this drastic number,as  Zdravev pointed out, is that the new Law on the Judicial Council has enabled greater public access in submitting requests to establish the accountability of judges and presidents of courts.

In 2019, he said, the work of judges and presidents of courts has been evaluated.

– Proceedings and selection of three judges from the higher courts, 14 Presidents of Courts and 25 lay judges were held, and the term of office of a lay judge of 33 lay judges was determined, Zdravev said.

All minutes, he underlined, from regular sessions and decisions are regularly posted on the Council’s website.

The Judicial Council, Zdravev said, held 35 sessions during 2019, an increase of 23 in 2018, due to the determination to complete procedures for determining the accountability of presidents of courts and judges initiated in previous years.

Margarita Caca Nikolovska, President of the Human Rights Institute, said that the project monitors the work of the Council in terms of accountability, transparency, efficiency and effectiveness in its work.

– The Judicial Council, especially with the new law, plays a major role in effectively ensuring the independence and impartiality of the judiciary. If the Council succeeds in achieving these goals it will justify its existence, said Nikolovska.

She pointed out that many of the recommendations and conclusions established within the project over the past period were incorporated into the work of the Judicial Council.

– On transparency, the Judicial Council is now required by the new law to publish the minutes of the sessions and to explain the voting for the election of judges and presidents of courts. However, the rationale is practiced only for judges who are elected as president of a court or higher court, but not for judges who are not elected and who have a higher number of points than elected judges. These are the findings of the Institute to which we have no answer, said Nikolovska.