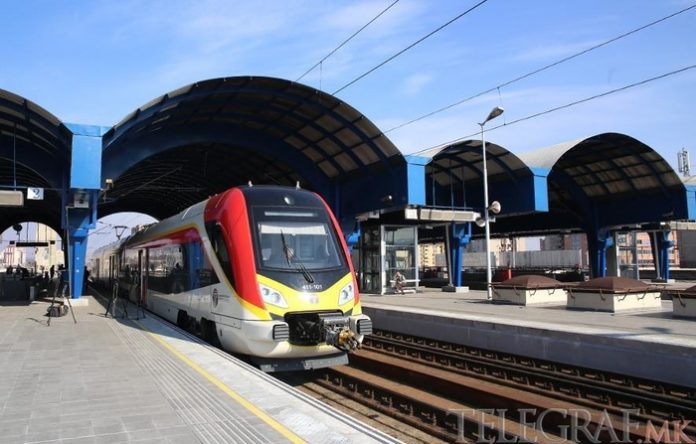 &quot;Train staff at Railways Transport is boycotting work at 7am today, which will disrupt
passenger and freight rail traffic,&quot; said Dusko Cakarovski, staff representative.
He informs that the commuter trains left for Bitola and Gevgelija in the morning, and
the others envisaged by the timetable will not operate until they meet their demand
for a 30 to 40 percent increase in the quality wage compensation. This, as
Cakarovski explains, is required by the Collective Agreement for additional work and
work with a reduced number of executive staff.
Cakarovski says they had a meeting with members of the Railways Transport Board
and Transport and Communications Minister Goran Sugareski on their request

yesterday, but no agreement was reached on the grounds that a higher
remuneration would affect regular pay.
40 percent of the quality salaries were paid to the machine staff before the 2008 anti-
crisis measures.
Cakarovski pointed out that no trade union organization is behind the boycott of
work, meaning that 99 percent of machine workers from different unions are
involved, as well as non-union workers.