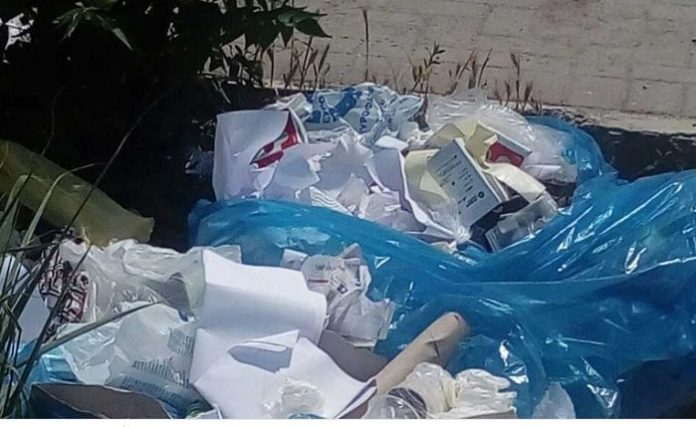 SDSM accuses VMRO-DPMNE and former Prime Minister Nikola Gruevski of the
scandal with inadequate medical waste, claiming that the Eco Club from Bitola,
which has been storing and transporting medical waste outside the regulations, is
owned by Saso Janakieski – VMRO-DPMNE’s business player and Nikola Gruevski&#39;s
staff”. SDSM claims that &quot;VMRO-DPMNE and people close to the party deliberately
poisoned the citizens for the sake of personal gain&quot;. Instead of destroying it in a
proper machine, Janakieski deposited the waste, containing human remains,
medical syringes and blood draining from the waste, without any problems in Drisla,
SDSM claims and demands responsibility for the scandal.
News website Plusinfo, in its article titled &quot;Gruevski&#39;s Business Player&quot; from Bitola-
based &quot;Eco Club&quot; made an excellent transfer to Prime Minister Zaev’s team!”
reported documented data on contracts for transportation and incineration of medical
waste.
Eco Club has signed a two-year contract with the Public Enterprise for State Roads
of the Republic of Macedonia for mowing grass, weeds, bushes, cutting trees and
similar activities. The total cost of services is 70.8 million denars. The signatory of
the contract by the public company is the director Zoran Kitanov. The contract was
signed on August 16, 2019 under archive number 08-56340/40.
This is part of that deal:
Plusinfo also announced that on January 13, 2020, the Faculty of Medicine in Skopje
signed an agreement with the same form, under archive number 05-5135 / 3, for the
collection, transportation and incineration of medical waste for a period of two years.
The contract value is 2.277.400 denars. The signature belongs to the Dean of the
Faculty of Medicine, prof. Dr. Sonja Topuzovska.
This is part of that contract:
Earlier, on October 25, 2019, the Ministry of Defense, led by Radmila Sekerinska,
Zaev&#39;s first associate, also entered into an agreement with the Bitola-based company
Eco Club, under archive number 256/19, worth 300,000 denars, also for collection,
transport and treatment of medical waste.

Here are parts of that contract as well:
It is obvious that responsibility should be demanded, but it is precisely what
agreement will &quot;cover&quot; the Drisla scandal. Citizens have the right to know why the
SDSM staff, close to Zaev, had contracted with this company if its services were
indeed disputed, reports Plusinfo.