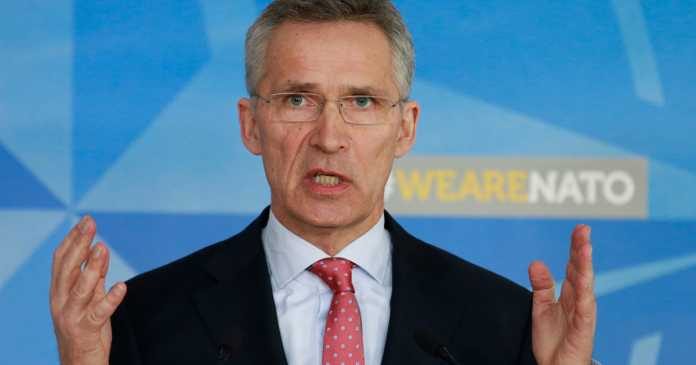 NATO Secretary General Jens Stoltenberg responding to reporters’ question
whether non-adoption of new defense law jeopardizes the NATO’s Article 5 on
collective defense, reminded that North Macedonia will surely be obliged to respect
it.
Article 5 is the cornerstone of the North Atlantic Treaty Organization (NATO) and
states that an attack on one member of NATO is an attack on all of its members.
“Collective defense Article 5 will be a treaty obligation for North Macedonia as soon
as country becomes a full member, we signed the accession protocol last year and
as soon all NATO allies will have ratified their protocol in their parliaments as soon
as that happens the treaty will apply also for North Macedonia and Article 5 of
collective defense is Article 5 of that treaty so that will be a treaty obligation for North
Macedonia,” Stoltenberg said.