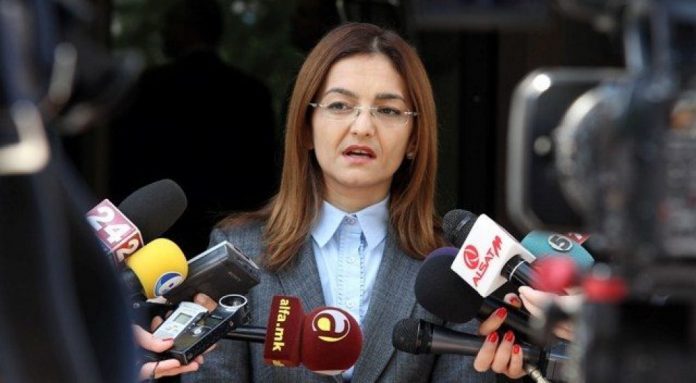 The former interior minister testified of the way she had been informed of the incident, and the initial steps in the investigation.

“On the night of the event, I was informed by the Crisis Management Center in the usual way, via SMS with a brief description of what was reported and when it was reported. At the same time, I received a phone call from then Alpha unit commander Ivica Ancevski who gave me the same information. Then I asked him if this was information he received from DOC or from the field. Colleagues from the area also reported on the incident that had taken place. And then there was a series of calls from other chiefs,” said Jankuloska during her testimony.

Prosecutor Fetai pointed to a conversation between her and Mijalkov in which he told her that he had “prepared a good analysis for the case” and invited her to attend the presentation. On whose initiative was it done, and did you attend, asked the prosecutor.

Jankuloska replied that she had intense communication with both the police chiefs and Mijalkov.