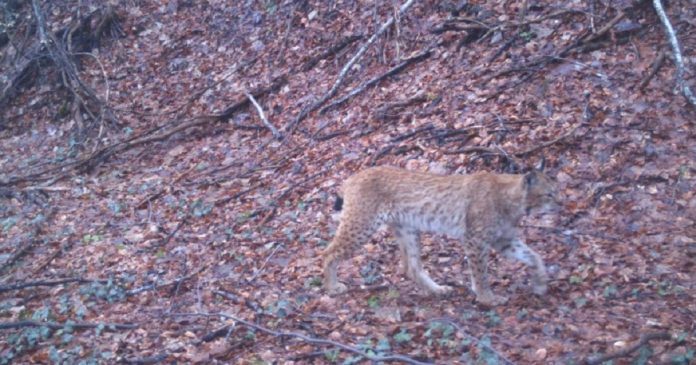 A team working to preserve the Balkan lynx from the Macedonian Ecological Society (MES) on 12 February with the help of a cage trap caught another rare Balkan lynx in Bukovik, near Straza.

As reported by MES, it is a healthy female, probably at the age of 2-3, weighing 15 kg. After capturing the lynx in the trap, standard procedures and measurements were taken to determine the animal’s state of health. During the procedure, a representative from the Faculty of Veterinary Medicine from Skopje and hunters from the hunting association “Sokol-Z” from Zajas village attended. Then the lynx was released.

– This is the second female lynx (after Maja, which we monitored in 2017 and 2018) that will wear a necklace and will be followed by the method of radio telemetry and GPS tracking. By doing this, we broaden our knowledge of the lynx’s surroundings, its food and habitat needs. The female lynx was previously recorded last year at the same site by means of photo traps. It is in good condition so far, said Dime Melovski of the Macedonian Ecological Society.