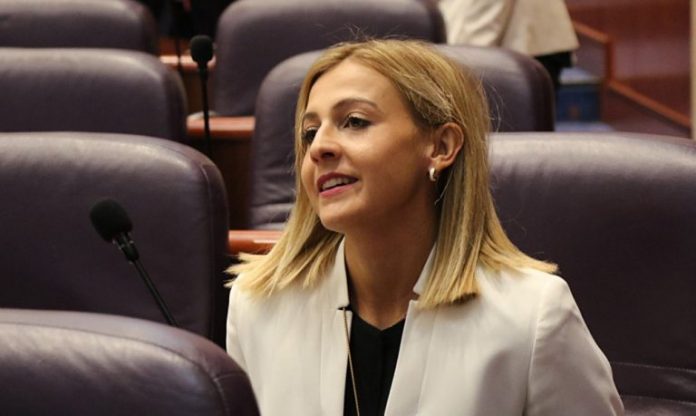 Public debt currently stands at 5.54 billion euros, or 48.9 per cent of GDP. Data was
presented by Finance Minister Nina Angelovska, who announced that by the end of
the year, debt was projected to rise further by nearly 600 million euros and reach
50.4% of GDP.
Finance Minister Nina Angelovska at Thursday’s press conference presented a new
platform for transparency of public debt data.
The Republic of Macedonia is deeply in debt as a result of the policies of SDSM’s
government. The public debt keeps growing, and its payment will certainly fall on the
Macedonian citizens’ backs, instead of stopping the SDSM government’s
unproductive spending and borrowing. And that trend doesn&#39;t stop there.
For example, in 5 days, i.e. on February 25 th , the state will borrow additional 15
million euros. But the minister will convince the public that it&#39;s good!
Asked how it could be said that public debt is stabilized when this year&#39;s total
borrowing of nearly 600m euros was projected, Angeloska said publicly available
data show that in the last three years the trend of strong public debt growth as a
percentage GDP was cut off and it was about stabilizing it, not reducing it.