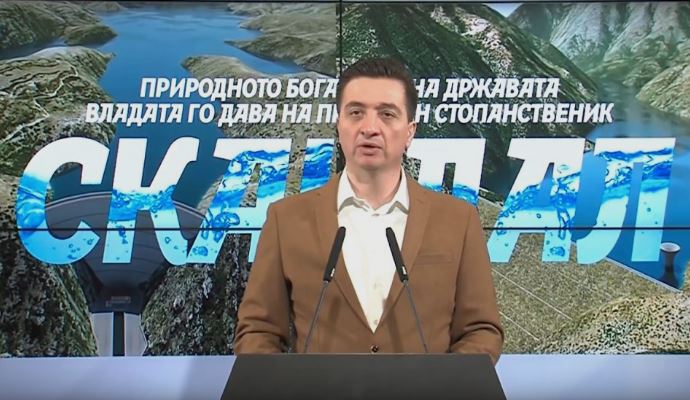 SDSM leader Zoran Zaev and the outgoing government are selling the state, this time they are pushing for a new “candy business” sale of Tikves Lake, which will bring millions to their closest people, accuses VMRO-DPMNE’s Stevce Antovski.

– The business with selling Lake Tikves will bring millions to close people to Zaev whose government is outgoing. No one in the world sells such strategic assets. SDSM is using its last days in power to fill the pockets of its oligarchs. This means robbing citizens. Before the election, they are pushing for robbery. With this plan, 50 days before the election, SDSM wants to give away water rights along the Crna river to a private company, which would also manage the Tikves hydro plant, said Antovski.

Antovski points out that this is SDSM’s second “candy business” in the energy sector.