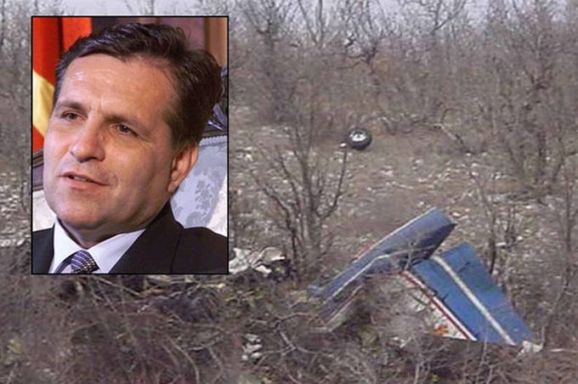 Government delegations laid Wednesday flowers at the grave of President Boris Trajkovski in Skopje and his monument in Strumica, on the 16th anniversary from his death.

A delegation of the government led by Diaspora Minister Edmond Ademi will travel to Mostar, where the plane crash took place, to mark the anniversary, the government said in a press release.

Joining the delegation will be Minister in charge of foreign investments Elvin Hasan and Deputy Minister of Culture Vladimir Lazovski. Bosnia and Herzegovina government officials and officials from the City of Mostar will also attend the observance.

Minister of Information Society and Administration Damjan Manchevski will lead a government delegation including Minister of Education and Science Arber Ademi and Minister of Agriculture, Forestry and Water Economy Trajan Dimkovski, to lay flowers at Trajkovski’s grave in Skopje.

Minister of Transport and Communication Goran Sugareski, Deputy Minister of Education and Science Elizabeta Naumovska and State Secretary at the Ministry of Local Self-Government Kiril Partalov will lay flowers at the monument of former President Boris Trajkovski in Strumica.