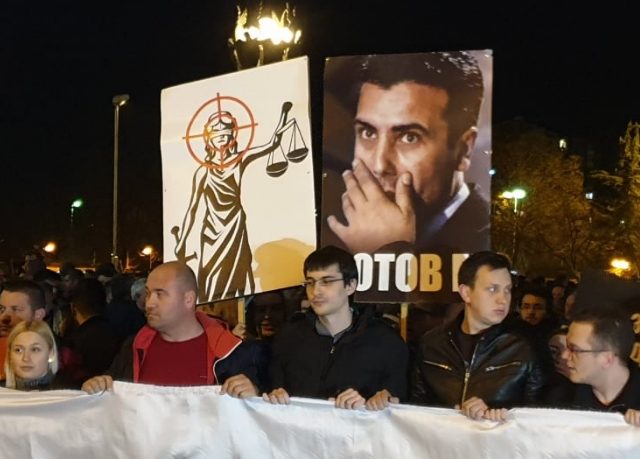 A large number of dissatisfied and disappointed citizens from the current government protested yesterday, organized by VMRO-DPMNE. Citizens joined the VMRO-DPMNE’s call yesterday for a protest march against injustice.

“Zaev is Guilty”, “Neither Justice nor Peace”, “Stop Zaev and the Mafia”, “Responsibility Comes”, “Zaev: I Have Agreed with Jovo”, “Vilma – Mafia Lawyer”, “Zaev is Guilty”, are just some of the banners written by citizens holding the protest.

According to estimates, more than 20,000 citizens took part in the march that started before the Public Prosecutor’s Office and ended before the Supreme Court. 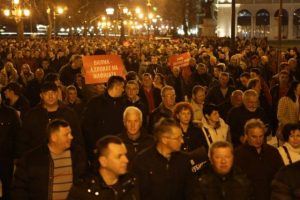 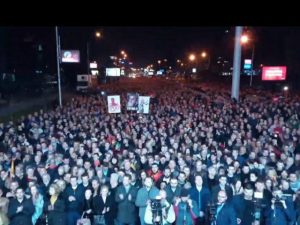 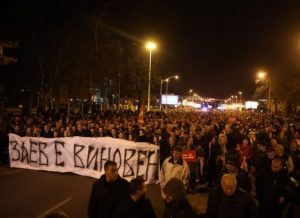 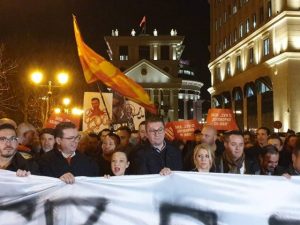 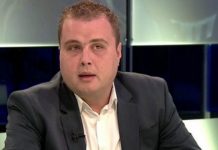