Home Macedonia Zaev doesn’t think SDSM would win and pitches the idea of a... 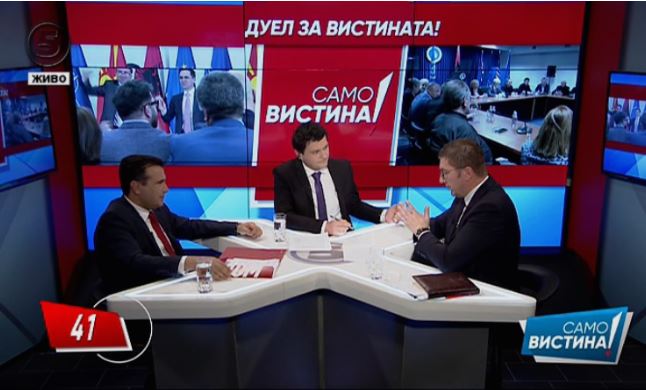 Asked if he is considering a broad coalition between SDSM and VMRO-DPMNE after the elections, Zoran Zaev responded that this is exactly his plan after the 12 April elections. It is obvious that Zaev does not believe that his party will win the early parliamentary elections and is now preparing the ground for a technical government in which all the parliamentary parties will participate.

“I’m prepared and I will seriously consider inviting everybody to join the Government after my win. Yes, I mean everybody. That is my personal position. I haven’t discussed it through the party institutions but we can encourage each other to work on the (EU accession) chapters and shorten the period of accession talks, free the public administration from politics and include experts, Zaev said during his televised duel with VMRO-DPMNE leader Hristijan Mickoski, when asked if Macedonia could be run by a technical, non-political Government after the April 12 elections,” said Zaev.