Home Macedonia According to the Interim PM, the law on languages ​​is clear 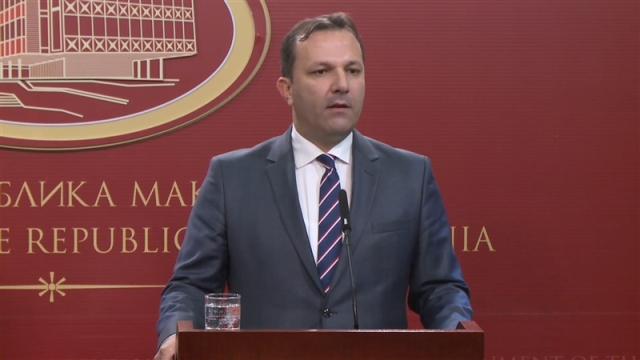 The law on languages ​​and the installation of bilingual boards is clear and published in the Official Gazette, Interim Prime Minister Oliver Spasovski said today, answering a media question over who was right – DUI’s coalition partner, i.e. Deputy Prime Minister Bujar Osmani, who said that the two Prilep complied with the language law, or SDSM, which claimed it was done “by mistake”.

– It is quite clear where and in which municipalities languages ​​can be used, that is, wherever we have more than 20 percent of the ethnic community living in the country. The law needs to be upheld as it was adopted, said Spasovski.