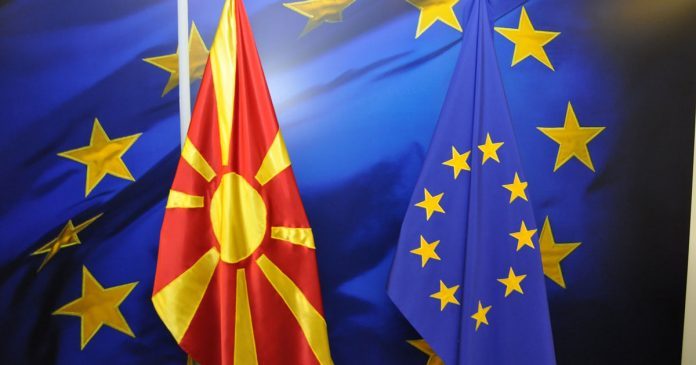 Following the European Commission’s positive assessment of reforms in judiciary, we have yet another positive report coming from the Delegation of the Standing Committee on European Affairs of the House of Representatives of the Kingdom of Netherlands that paid a visit to North Macedonia in February, the Ministry of Justice said in a press release.
Since the previous working visit in May 2019, the rapporteur noted that North Macedonia had made considerable administrative, political and judicial reforms in order to meet the criteria for initiating EU accession negotiations.

“The rapporteur notes that North Macedonia has made great progress in adapting national policy and legislation in line with EU community law (referred to as the acquis communautaire),” the press release reads.

As regards justice and home affairs, the report notes that 34 percent of EU rules and regulations have been implemented in national legislation.

In addition, the report observes intrinsic motivation and firm conviction of North Macedonia’s authorities that changes and reforms will be permanent, the Justice Ministry says.

According to the rapporteur, the adoption of the new legislation on the Public Prosecutor’s Office (the so called PPO Law) is an impressive result.

“The legislation must provide sufficient safeguards to ensure that the Chief Public Prosecutor and his staff can operate effectively, independently and without discrimination. It must not be allowed to include any ‘hidden amnesty’ that might enable certain (former) politicians to evade scrutiny,” the report reads.

This positive report, according to the Justice Ministry, is expected to be the basis of the coming discussion in the Dutch Parliament on the issue of enlargement with the Western Balkans.