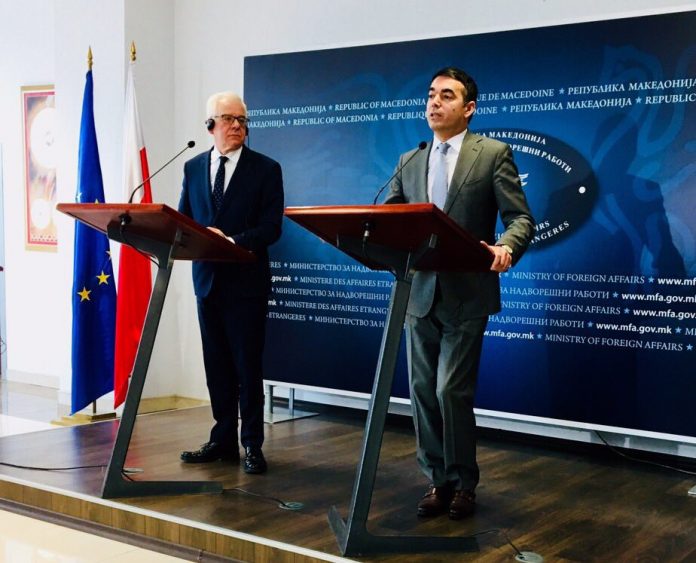 “We hope the EU will soon start negotiations with North Macedonia and Albania. We also appreciate North Macedonia’s participation in the Berlin process. Last year, Poland chaired that process, which aims to support the European integration of the region,” Czaputowicz said.

FuatJusuf, fugitive sentenced to 15 years in prison for the “Posts” robbery, among those who illegally obtained a passport

Arsovski: Filipche and Zaev will advertise the successful vaccination with 300,000 euros of public money

Wanted Turkish mobster brags: I know Prime Minister Zaev, I was at his house (VIDEO)