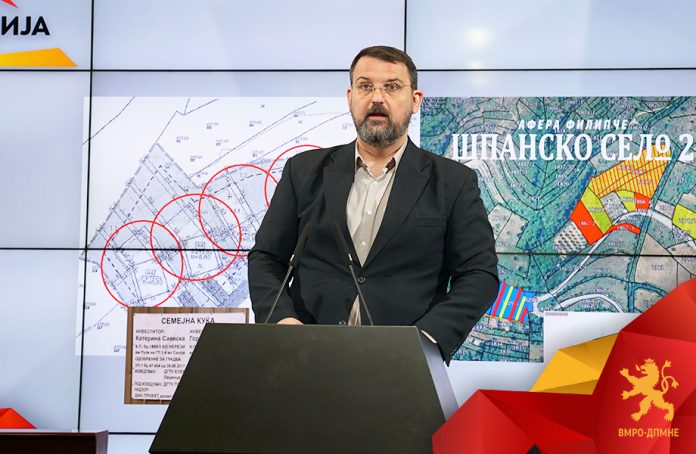 He added that the building known to locals as the “Barracks of Filipce” is not a family house, but according to the construction plan, it is only one of five temporary accommodation facilities, according to the urban plan.

Filipce, Stoilkovski said, kept silent that his associate and close colleague, director of the clinic, had the same partnership relationship with the winner of the health tenders, and was a signatory to half of the money received in those tenders.

The opposition’s spokesperson also said that since Venko Filipce is health minister, the Spanish Village 2 co-owner’s company with Venko Filipce’s extended family, as well as his associate, has won heavy tenders of 426,388,279 days. Or, 6,933,143 euros. Of these, Filipce himself signed a tender in the amount of 34,229,676 denars or 556,580 euros.