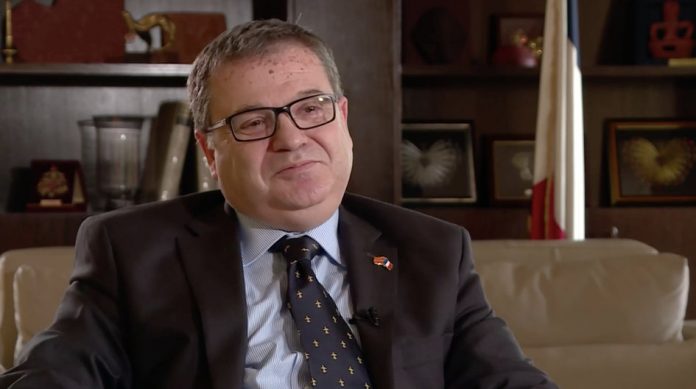 In an interview with Macedonian Radio, French Ambassador Christian Thimonier said corruption was a cancer eating away at the country, and that the judiciary needed to decide on the “bombs”. He added that in these elections, voters will be able to choose between apathy and the ability to change things.

“The judiciary needs to declare its position about the bombs and analyze them, but what matters is the corruption that affects all citizens, it still exists. Outside of political quarrels it can be a real cancer in a society that is neither blue nor red, but a general cancer in society that can seriously harm any progress that has been made outside the economic or legislative field,” said Thimonier.
The French ambassador pointed out that the second was very strong and harmful and that the citizens should take responsibility again.

“We want the elections to be transparent and that will be an additional thread, the topic of corruption not only being a constant topic of public interest but also a subject of constant reflection that we share. Thus, the development of a modern European society is under threat, ”the French ambassador said, adding that he would not turn a blind eye to certain exaggerations, especially when European values ​​were threatened.