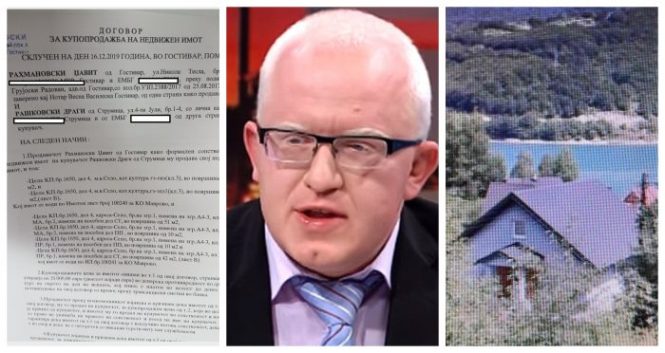 Secretary General of the Government Dragi Raskovski has purchaset a villa in a luxury location in Mavrovo, which has not been reported to the State Commission for the Prevention of Corruption, according to media reports.

Raskovski has bought this house with his modest salary as the first administrator in the SDSM government.

With this salary, and salary he had previously as a university professor, according to the SCPC’s questionnaire he bought a 90-square-foot apartment, 2089 square meters of farmland, a Kawasaki Ninja engine, a BMW 650 GT, a Volvo 760 car, a Honda Goldwing motorcycle and a garage in Skopje.

Basically, Raskovski bought the house just months after Lider and Express unveiled a commission scandal at M-NAV, in which we released footage of Raskovski requesting a commission from the Italian company Leonardo. This scandal has yet to be resolved, but the head of the government administration, according to the documents we publish, has already begun to buy new real-estate.