Home Macedonia Zaev: I call for a leaders’ meeting for postponing the elections 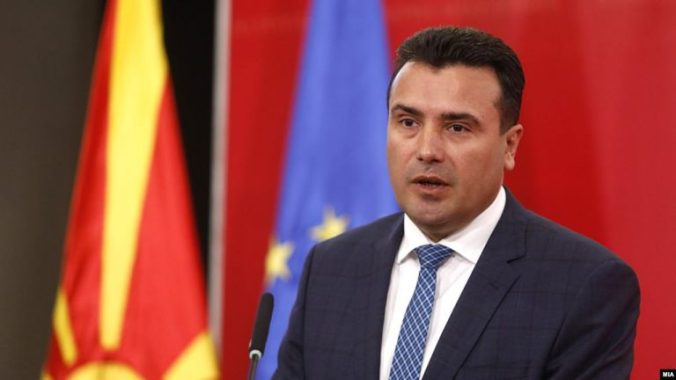 SDSM leader Zoran Zaev at today&#39;s press conference informed that he would
demand a leaders’ meeting to postpone the elections.
Strict observance of measures and recommendations regarding the coronavirus
protection but also delay of the elections, urged SDSM leader Zaev.

The party will present its proposal for the postponement of the elections at a meeting
of the National Security Council later in the day, Zaev told a press conference.He
expects President Stevo Pendarovski to schedule a leaders’ meeting over the issue.
Regarding a new date for the elections, Zaev says political parties should reach an
agreement on this.
&quot;The health and safety of citizens are priceless. Conditions do not allow normal
conduct of elections. Now everything has to be in the protection of the citizens. On
behalf of SDSM, I will request that a leaders’ meeting of the leaders of the political
parties be organized to discuss the postponement of the elections. Now is not the
time for political opponents and the most important thing is that the percentage of
those infected be as small as possible, and the percentge of those who are cured be
high. It is time for the citizens to be united, &quot;said Zaev.