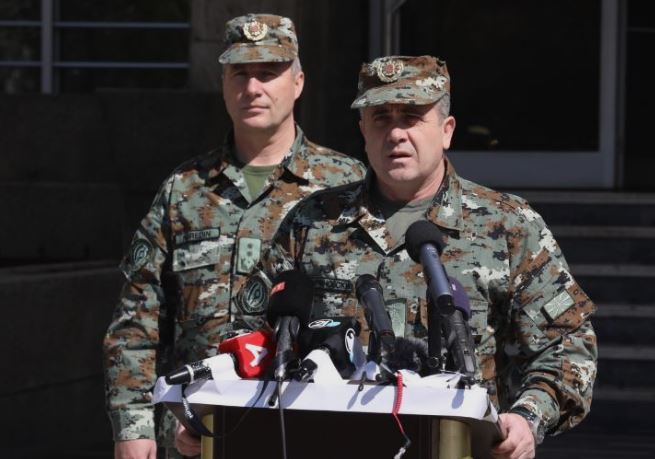 Starting Saturday, the Army will significantly increase its presence to help deal with the crisis. The Army combined in joint patrols and activities with police and other authorities will secure all state borders, Chief of Army General Staff, Lt. General Vasko Gjurcinovski told Friday’s news conference.

He said that in addition to strengthening and supporting border police at all borders, part of the army would be involved in joint patrols with police members in securing vital state facilities, as well as in and out communications, and in coordination with the Government.

The General Staff estimates that at present there is no need to mobilize military reservists, Gjurcinovski said. We have sufficient human and technical capacities, experience, knowledge, appropriate measures. The unity, discipline of all of us are exclusively essential in order to successfully deal with the crisis and to respect the measures of the competent institutions, he said.

He urged people to be patient, calm, courageous, as we live in an extremely difficult time, but we must do everything in our power to be up to the task, strictly obeying the recommendations of the relevant government institutions.

Solidarity and unity are more important now than ever before. Humankind, the country, the region, Europe and the world are fighting powerful invisible enemy, but it can be defeated if we all in a dignified manner respect the measures and recommendations of our state institutions, Gjurcinovski said commending the efforts of all members of the army, health workers, the police members in dealing with the crisis.