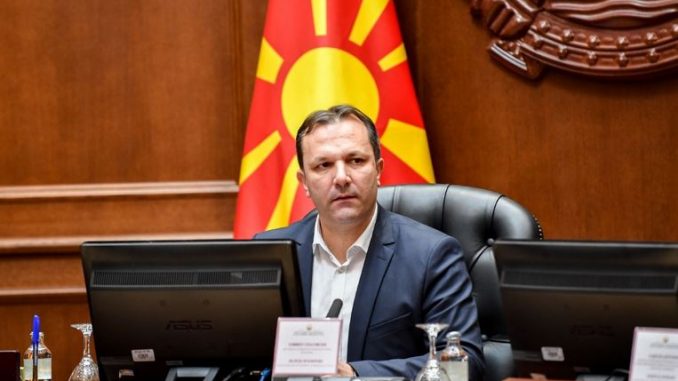 Interim Prime Minister Oliver Spasovski announced that measures will probably be taken tomorrow to automatically transfer anyone who does not adhere to the home isolation to the quarantine centers again and he once again urged the citizens to respect the measures.

We have two types of self-isolation – a decision by health authorities for people who are directly in contact with a person with coronavirus and who are visited by patrol services. There are several cases where the isolation is not respected and fines have already been imposed on them. There is no prison sentence yet. And people returning from middle and high-risk countries are signing a statement that they will stick to self-isolation. Most likely tomorrow we will decide that those who will not be in self-isolation, and who must be, will be taken to the isolation centers. That’s why my appeal is that they should respect the measures, said Spasovski.

He also confirmed that the capacities of both the police and the Army are now fully put into function with the state of emergency on the basis of which a plan is prepared for both.