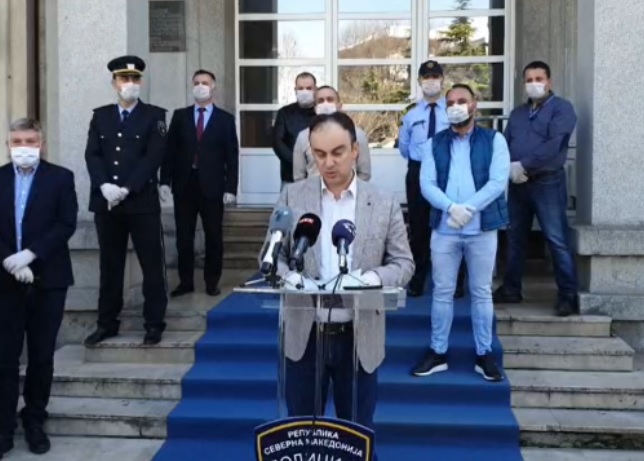 Crisis situation is not being considered in Skopje, as the number of coronavirus patients in the country is constantly increasing, more drastic measures could be taken than the current ones, Interior Minister Nake Culev said at Friday’s news conference.

“I would like to thank all members of the Ministry of Interior who are doing their best. I would like to inform you that in the area of ​​SIA Skopje, 215 persons have been issued self-isolation orders. The number of people in self-isolation in Skopje is 1,088, and it reached 3,787 throughout the country,” said Culev.

During these past 24 hours, in an effort to curb the spread of coronavirus, the police checked 182 people that were ordered self-isolation, and a total of 390 controls were carried out across the country. In the past 24 hours, 712 in self-isolation people have been checked. Out of these 712 people, 27 who were supposed to self-isolate on the territory of the country were not found at their home addresses.