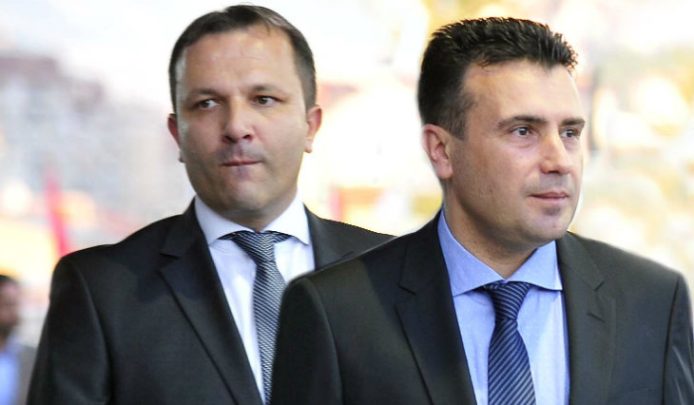 Since SDSM leader Zoran Zaev announced his anti-crisis measure, all public sector
employees to receive 14,500 MKD salary for April and May, caused confusion and
fierce reactions. Apart from the fact that his solution to the crisis was criticized by
almost all but the current government officials, the dilemma in which Zaev&#39;s capacity
to announce salary reduction measures has been made public, when he is no longer
prime minister?
But even more alarming is the &quot;close&quot; cooperation that at every level transcends
democratic values ​​in a socio-political environment, which Zaev and SDSM have
accused many times over in the past with the former government. It turns out that
there was only a false declaration of separation of the party from the state, which
Zaev now absolutely does.
However, Zaev continues in his media appearances to assert himself as the main
government figure who creates and implements policies, although he does not
currently hold any state office. But however out of all rational and legal postulates,
government officials and the prime minister are working to realize his ideas.