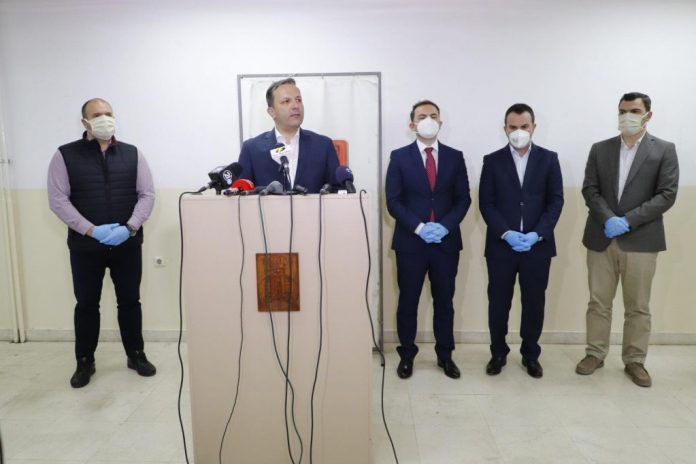 Epidemiologists from the local Public Health Center are analyzing the contacts of mayor Dimitrievski. By day’s end they will determine which people should remain in 14-day isolation. In Skopje, Public Health Institute experts are examining government officials who were present at the meeting, will make a risk assessment and determine further steps.
Deputy PM for European Affairs Bujar Osmani has decided not to attend Thursday’s session of the Security Council and remain in home isolation until Tuesday, after the mayor of Kumanovo with whom he met Wednesday confirmed he tested positive for coronavirus, Osmani said.

As of today, the Minister of Education, Aber Ademi, is going on a 14-day self-isolation. In addition to the ministers, Ministry of Health State Secretary Vlado Milosev, who will also self-isolate.

They say that the sessions of the Government will continue to be held through video conferences as in the last five days, and that there are no obstacles for the further functioning of the executive branch.