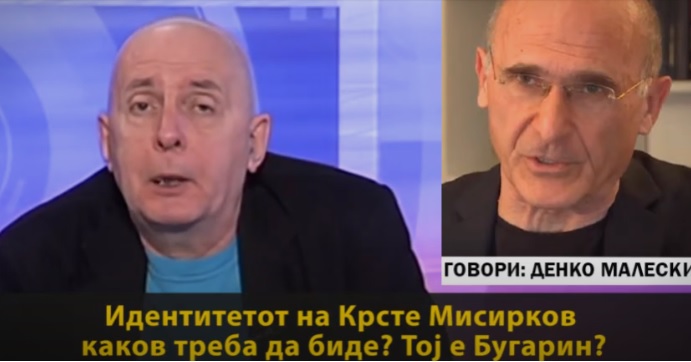 Government propagandist Denko Maleski shocked the public again with his statement in a Bulgarian media.

Namely, he said on a Bulgarian national television that Krste Petkov Misirkov and Goce Delchev are Bulgarians and that we must accept that so that we do not have a veto from Bulgaria in the Euro-integration process.

– My country is now in a very delicate phase now with the start of negotiations with the EU and the opportunity for Bulgaria to exercise its right to veto, says Maleski.

Asked by reporters if Krste Petkov Misirkov was Bulgarian, he said that “his identity is Bulgarian, obviously”.