It is no longer disputed that SDM and the Zaev family are using the epidemic for pre-election bribery. They are announcing quick elections in June, they want an election campaign through Facebook and not as the law requires and allows and during that time they are distributing food packages to their members and socially endangered Roma categories in Eastern Macedonia, Vecer.mk reported.

What is disputable, and legally punishable, in the bribery committed by SDSM, apart from the obvious violation of the election law, according to which bribery of voters is a criminal offense for which they are punished with imprisonment

– The products that are shared do not have an origin, i.e. there is no account of who bought them and who actually donated. This type of bribery in Strumica and throughout eastern and central Macedonia, Zaev and SDSM have been doing for more than ten years, everyone knows that and it is constantly seen. The fact that Zoran Zaev’s family is formally a donor is not true, there are no accounts that can prove that the donor is Zaev, and not the SDSM party and racketeering companies. 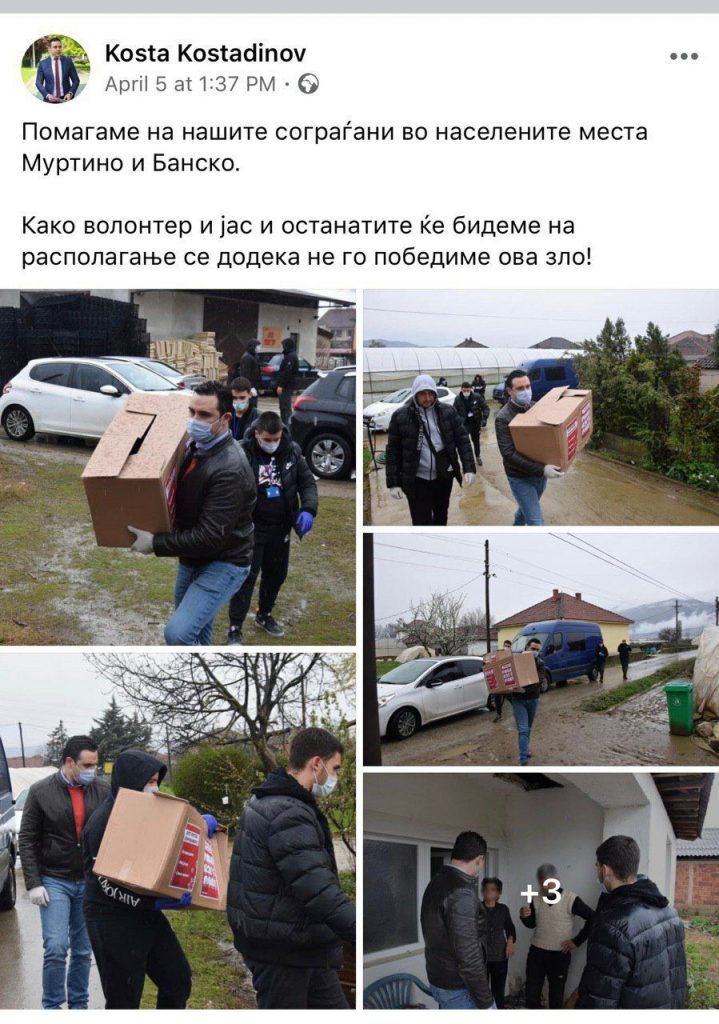 – After collecting products from racketeering companies with abuse of power by SDSM and Zaev, they are divided. Who shares them? On legal and fair occasions, this is done by the Red Cross or other legal institution, thus providing assistance to those who need it, and not selectively, for party members and bribed voters. In this criminal case, the distribution of the packages is done by a phantom non-governmental organization All together we can from Strumica (It is also the party’s election slogan), under the coordination of the SDSM spokesperson Kostadin Kostadinov.