Home Macedonia Janusev: They think they will cover their shame from capitulations by destroying... 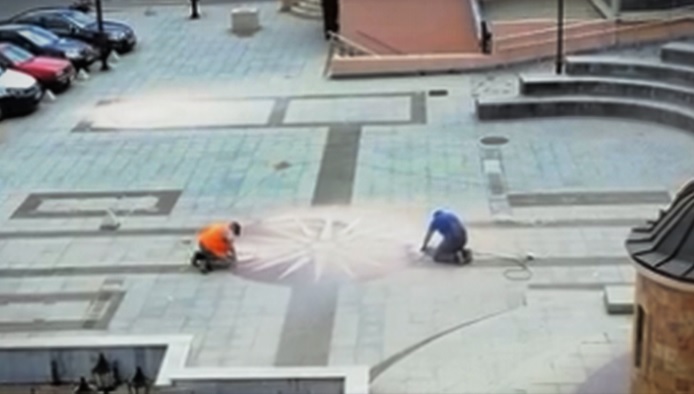 The Taliban would be proud if they found out what Zaev and SDSM were doing with the sun in Kriva Palanka. The Taliban destroyed historical monuments with rifles, and SDSM and Zaev Baghdadi tore down a historical symbol during curfew.

They think that this will cover the shame of the capitulations and that they will become closer to those who do not demand it from them, and they are persistently flattering them.

Even the Communists, whose successors they claim to be, would be ashamed of such an act. They destroy it because they have a dirty conscience that destroys them – and it will continue to destroy them.

But it was here before us and will behere  after we are gone.

Only frightened haters will think that it will disappear. The sun is life, the sun is Macedonia, the sun is all of us. And they can’t erase us with anything.