Home Macedonia Mayor of Kriva Palanka: The Vergina sun is part of someone else’s... 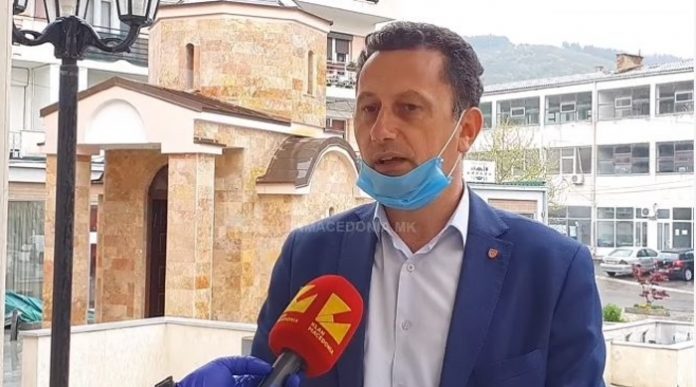 After a storm arose on social media over the removing of the Kutles sumbol in Kriva Palanka, Mayor Borjanco Micevski shared his opinion as well.

“Reactions must first be based, whose ever they are. At the entrance to the Municipality, we have a symbol, the sun of Vergina, for which we already have several international agreements and decisions of the Government, rules for its removal. With the 1995 Interim Accord, we as a state had an obligation to remove this mark from the then state flag. “With the Prespa Agreement and the decision of the Government, all public institutions are indebted to these symbols, which are part of someone else’s history, they should be removed from the institutions themselves,” said Micevski.

He says the symbol is not even placed at the right location.

“For all those worried, for whom this is a party symbol, they should flip through Germanos Karavangeli’s book, “The Macedonian Struggle”, in which you can see that under this symbol, under this veil most Macedonians lost their lives in Aegean Macedonia. Are they aware of what kind of history they glorify and what they glorify?” says the mayor of Kriva Palanka.