Home Macedonia Historian Gjorgjiev: Macedonia should absolutely not discuss and negotiate on language 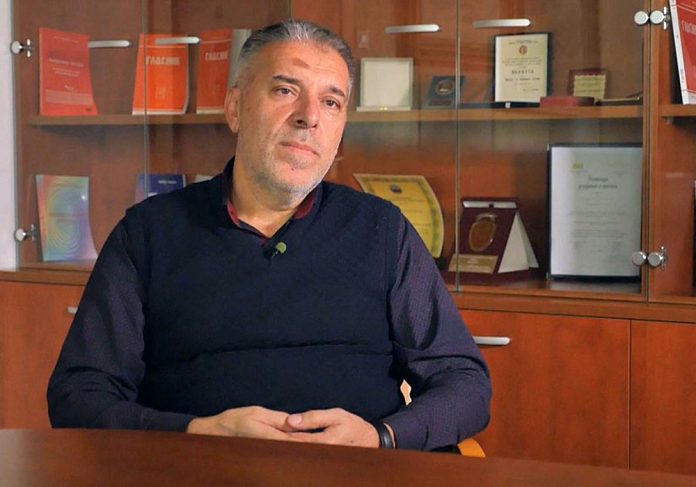 If the condition for starting Macedonia’s negotiations with the European Union is a waiver of the Macedonian language, then such negotiations are not even necessary to start, said the head of the Commission on Historical Issues Dragi Gjorgjiev. He clarified that the tension created between Macedonia and Bulgaria regarding identity issues can only have a bad effect on the further work of the Commission. According to Gjorgjiev, Bulgaria’s views contribute to the Macedonian side raising the guard with a feeling of distrust towards Bulgaria and Bulgarian politics because the Macedonian language is a reality and has neither been nor will be a topic of discussion in the work of the commission.

“In my opinion, Macedonia should absolutely not discuss and put the language on the table. It is an absolute question, the reality and the existence of the Macedonian language, and here Macedonia should not open that topic at all or keep that question open. No matter how close these two languages ​​are, no matter how much we need translators when we talk to the Bulgarian side, it is about two languages ​​and from that aspect absolutely no discussion about the Macedonian language should be allowed, it is a done deal, ” says Dragi Gjorgiev, head of the Macedonian team of experts in the joint Macedonian-Bulgarian Commission on Historical and Educational Issues.