Home Macedonia Mickoski believes Zaev is trying to save his party with his “desperate”... 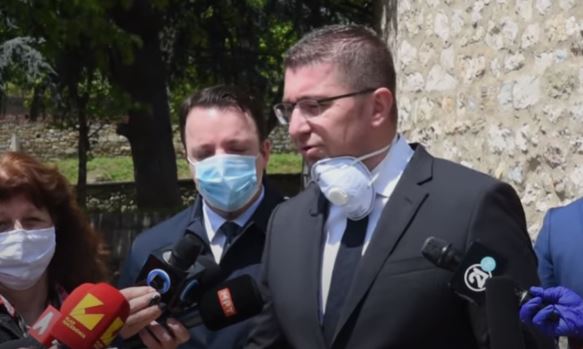 SDSM leader Zoran Zaev’s statements that VMRO-DPMNE allegedly ran away from the recent elections amid a still unfinished coronavirus epidemic, opposition party leader Hristijan Mickoski on Monday described as a moment of weakness for the former prime minister, in order to encourage among his divided party.

“I would prefer not to comment those ratings. What Mr. Zaev reads as numbers, I suppose, and based on that he draws certain conclusions. VMRO-DPMNE and I are personally convinced of a convincing victory in the next parliamentary elections whenever they happen, so I consider Zoran Zaev’s statement as his moment of weakness, in order to encourage his divided party, the stratified party fabric. Let Mr. Zaev comment on the numbers. You remember in the past you often commented on numbers for both the referendum and the presidential election, but unfortunately the numbers later in reality denied it. So it will be this time and he will suffer a great defeat. But, I will say again, neither I personally, nor VMRO-DPMNE need power at the cost of human lives. First, we need to repair the consequences that are a result of this pandemic, and then it would be reasonable to hold elections and defeat SDSM,” said Mickoski.