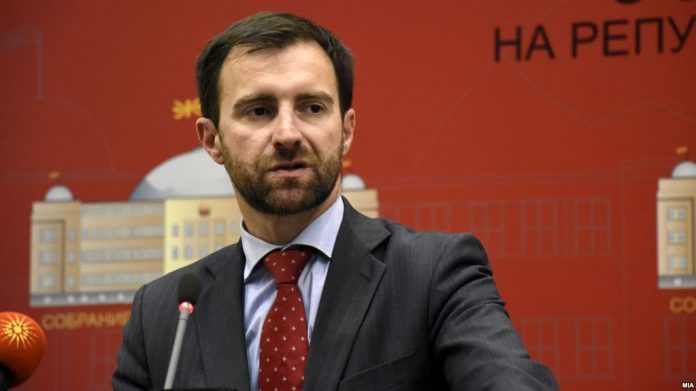 We understand the assimilation of Macedonians in Bulgaria today as a real need to
disgrace the monolithic Bulgarian nation, but believe me, we know the census, we
know the numbers, even the numbers of priests, metropolitans, teachers, civil
servants, officers, students across Bulgaria who are recorded as Macedonians over
the years, and thus we know the reasons for your unbalanced attitude towards
Macedonia, wrote VMRO-DPMNE’s Ilija Dimovski as chairman of the group for
cooperation of the Macedonian Parliament with the Parliament of the Republic of
Bulgaria in the open letter to Deputy Bulgarian Prime Minister Karakacanov and
Bulgarian MEP Andrey Kovatchev.
&quot;Let&#39;s be clear. Within the Ottoman Empire, Christians, without exception, were not
identified at all by their language or ethnicity, but by their affiliation with a particular
religious community.
Until the establishment of the Bulgarian Exarchate, all of us, from this part of the
Balkans, were part of the Rum-millet, the one under which the members of the Greek
Constantinople Patriarchate were led. And of course you Bulgarians were also listed
as Greeks.
It is no coincidence that in many censuses and travelogues until the beginning and
middle of the 19th century, the population throughout Bulgaria was recorded as
Greek, sermons were given in Greek, teachers were taught in Greek, and Greek was
considered the language of the Bulgarian society.
Let&#39;s see what foreign sources say:
In 1811, the English traveler John Galt visited Sofia and wrote the following:
&quot;Sofia is a small, dirty city, surrounded by low cliffs… Most of the houses are
miserable huts, and the mud on the streets is so deep that even pedestrians cannot
cross them. Sofia&#39;s population is estimated at 10,000, mostly Greeks who want to
unite with the Serbs against the Turks.&quot;
Funny isn&#39;t it? Both Greeks and Serbs…
Another traveler, Adam Neal, visited several Bulgarian cities in 1805 and wrote, for
example: &quot;Razgrad is a very important city. The current population is about 10,000,
one-third of who are Greek Christians and the rest are Jews and Turks.&quot;

It’s tragic, let alone Sofia, but there are no Bulgarians anywhere in Bulgaria, right?
Conclusion: MACEDONIANS ARE BULGARIAN AS MUCH AS BULGARIANS ARE
GREEK. And you really are not that,&quot; Dimovski wrote.