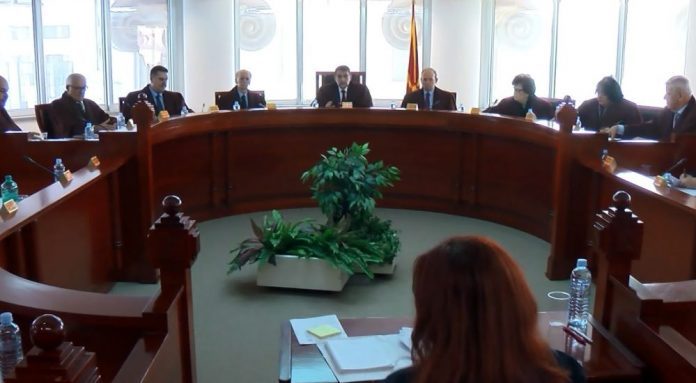 The Constitutional Court has decided not to discuss Justice Osman Kadriu’s proposal to start an ex officio procedure to evaluate if dissolving Parliament was constitutional and legal because “the matter was already settled.”

“No conditions exist to initiate an ex officio inquiry into the Decision for the Dissolution of the Assembly (‘Official Gazette of the Republic of North Macedonia’ No. 43/2020),” the Constitutional Court confirmed in a unanimous vote on Wednesday. The Constitutional Justices already had their say on the constitutionality and legality of this decision,” sources familiar with the court said, “at a session held on April 8 and 15, 2020, when they decided by a majority of votes not to initiate proceedings to appraise its constitutionality and legality.”