Home Macedonia VMRO-DPMNE to present conditions and request guarantees for protection of the citizens’... 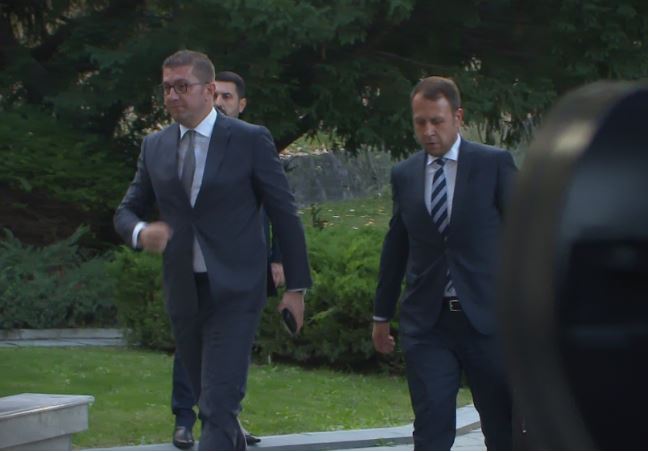 VMRO-DPMNE at the leaders’ meeting on Tuesday will present, as the party points out, reasonable demands and conditions for holding fair and credible elections, where the health of citizens will be guaranteed, and a free and fair atmosphere will be created for holding the elections, say party sources.

So far, the party has not revealed the date that it considers to be the most favorable, but points out that preserving the citizens’ health will play the biggest part in that.

In the analysis of the timing for the elections, the citizens’ health is crucial and that is the starting point that will determine when they will be held, says VMRO-DPMNE.

As things stand now, the situation is far from normal, according to the party.

The party’s leader Hristijan Mickoski participated in extensive analyzes and consultations, after which he will address the leaders’ meeting with his demands and conditions, on which the time of the elections will depend.

The party does not hide its health concerns and the potential for easy spreading of the coronavirus. Regarding the exact requirements, leader Mickoski will announce them for the first time at the leadership meeting. VMRO-DPMNE is confident in a convincing victory and the support of the people, but also that elections are not necessary at the cost of the citizens’ health and lives.