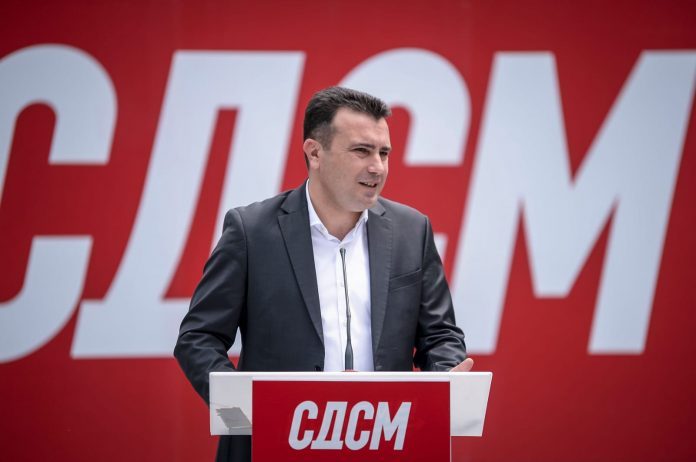 The SDSM-led coalition “We Can” took a position at a meeting on Sunday that a decline in the spread of the coronavirus should be used as an opportunity to go to the polls in mid-June, i.e. June 14.

Leaders of the SDSM coalition parties agreed to present their position at the leaders’ meeting to be hosted by President Stevo Pendarovski on Tuesday.

“We came to the conclusion that our country needs election as soon as conditions are right. If the rate of new coronavirus infections keeps declining and the crisis is under control, this would be best in terms of both health and economy, as well as democracy. The election should take place in a situation when the coronavirus peak has passed and the virus is declining, as people’s health wouldn’t be threatened, especially when considering that a second peak is expected in fall and it would be irresponsible to put people’s health at risk,” SDSM leader Zoran Zaev said after the meeting .

According to him, this would open up an opportunity for the country to better prepare for the second coronavirus wave, with a proper Government, Parliament and functional institutions to respond to the economic effects of the crisis.

Zaev underlined that the coronavirus crisis has badly affected the economy, and therefore, fully legitimate Parliament and Government are necessary to take effective steps in overcoming the crisis.

The SDSM leader noted that other countries have also opted for elections seeing that the pandemic is declining, and it was also encouraging that the ODIHR mission could deploy observers to monitor the election.

“Our country has taken timely measures and it’s coping well with the virus, but it’s still not the time to relax. Therefore, we urge citizens to comply with all recommendations of health authorities,” Zaev said.

He expects consensus to be reached at the leaders’ meeting scheduled for Tuesday and an election date to be set in line with recommendations of the Committee on Infectious Diseases.

As regards conducting the election, Zaev said it should be done in line with recommendations by health authorities, while parties should agree on the details of organizing the election.

Asked if he expected a dirty election campaign, the SDSM leader said he hoped it wouldn’t be dirty and urged everyone to avoid such campaign behavior.