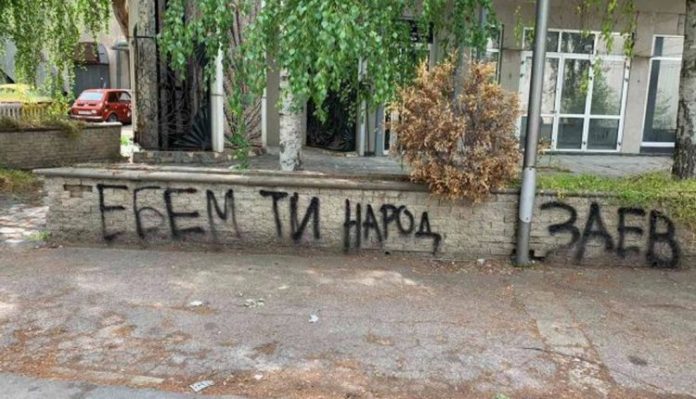 Graffiti that quotes SDSM leader Zoran Zaev emerged in Strumica on Sunday, with a sentence he allegedly said in an illegally recorded conversation with an unknown interlocutor in 2016.

It is a guerrilla activity through which the people want to express their revolt against Zoran Zaev.

In one of the four published audio recordings, the SDSM leader says “F*ck these people”, which provoked reactions from the public and the political parties.