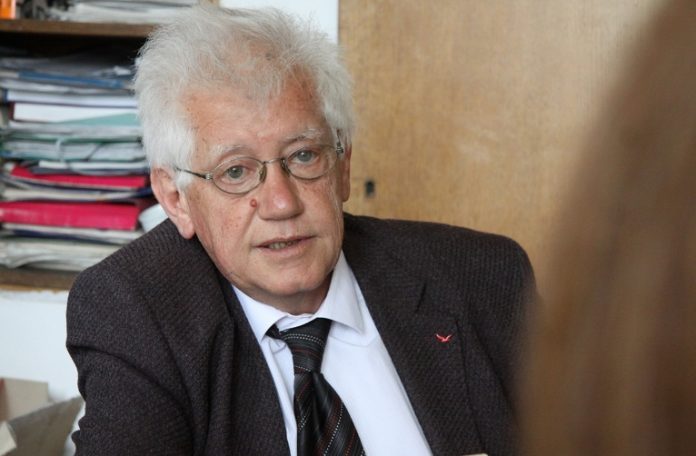 This material is the most common pamphlet in an attempt to prevent the affirmation of the Macedonian language internationally, especially in NATO and the EU, this is the position of the Macedonian Language Council at the Government on the occasion of the latest edition of the Bulgarian Academy of Sciences (BAN) entitled “On the official language of the Republic of North Macedonia”, signed by twelve authors and six external consultants, under the direction of prof. Dr. Vasil Nikolov, Vice President of BAN.

“Our joint reaction is contained in the simple sentence: Macedonians have always spoken and will always speak Macedonian!” “Unfortunately, this material shows a non-European behavior in the 21st century, a time when peoples in and out of the EU are coming together and trying to relax all the traits of the past that can cause unpleasant feelings.” adds that the position expressed on the occasion of this edition of BAN is for the Macedonian and foreign scientific and political public.

The reaction states that the Government’s Macedonian Language Council is joining all advanced institutions and people in Europe and in the world building friendship and cooperation between states and peoples and, appreciating the greatness of Bulgarian culture, the Council calls on the democratic Bulgarian public to reject this low-style pamphlet. ”

“The existence of the Macedonian language with its special dialect system and its history has been an absolute issue in the world for a long time and we consider any position that denies this undeniable fact as a conscious provocation. It is unexpected and unacceptable for such a reaction to come from an academic-scientific institution from a member state of the European Union. It is known that many conferences dedicated to the Macedonian language, literature, history and culture were held, which were attended by eminent professors and scientists from around the world, whose research does not correspond to the views of the Bulgarian Academy of Sciences.