Home Macedonia t’s clear that Zaev was sharing the “bombs” with everyone and now... 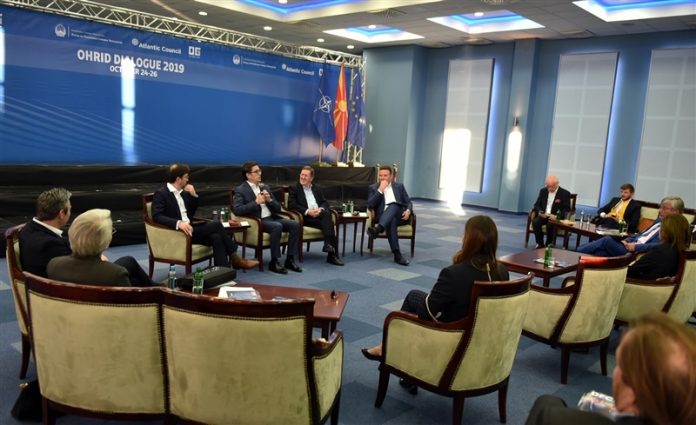 It was confirmed that the illegally obtained audio recordings that Zoran Zaev had for thousands of citizens, were handed away by Zoran Zaev to everyone he knows, said today VMRO-DPMNE spokesperson Dimce Arsovski at a press conference.

– Zoran Zaev confirmed the authenticity of the talks that the citizens had the opportunity to hear these days where he curses his own people, but also publicly confirms that the “bombs” were in the hands of many people with suspicious background. It is clear as day that anyone can own the talks at the moment and blackmail anyone, just because Zoran Zaev gave those access to them and people who were previously charged with crimes such as Zahir Beqiri Chaush, a party member close to Zoran Zaev, accused of forging passports. The two selected what to publish in the media, said Arsovski.

He stressed that Zaev gave tens of thousands of private conversations from citizens in the hands of various people who today can trade, blackmail and extort money from citizens and businessmen involved in the recordings.