Home Macedonia Mickoski-Galloway: The health of our citizens comes first 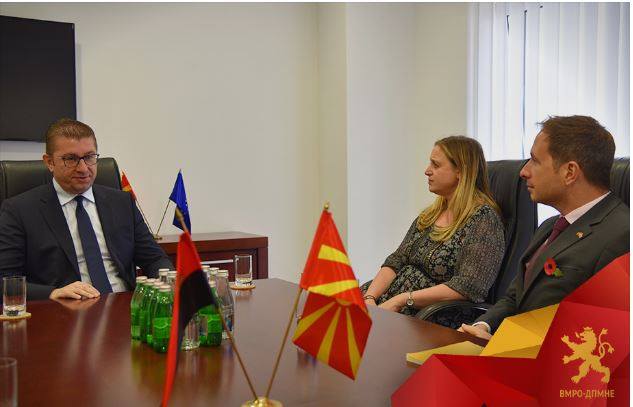 VMRO-DPMNE leader Hristijan Mickoski had a video conversation with the Ambassador of the United Kingdom Rachel Galloway, and the conversation focused on the health and economic crisis, as well as the political situation in the country, according to VMRO-DPMNE.

The opposition leader pointed out that the Republic of Macedonia is facing a difficult health situation, as well as an economic crisis that puts the country in an unenviable state. The economy is halved and expects real support from the government, which is currently not receiving it.

Mickoski pointed out that the behavior of Zoran Zaev and SDSM, which is bidding on election dates while counting the victims of the coronavirus crisis, is not serious. According to him, first of all, it is necessary to protect the health of the citizens, and then to provide a guarantee for safe elections.

Mickoski says that he is in favor of developing a strategic partnership with Great Britain and promoting mutual support and cooperation.