Home Macedonia Former Finance Minister: We are facing the risk of opening an even... 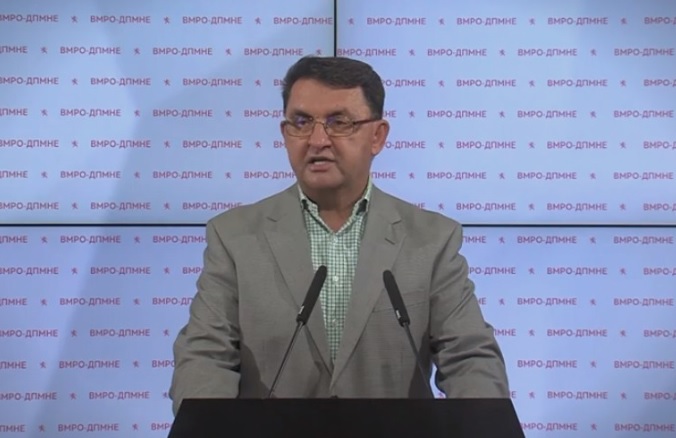 The government finally proposed a review of the 2020 Budget of the Republic of
Macedonia, as we found out from the press conference held yesterday by the
Minister of Finance, Nina Angelovska. First of all, let&#39;s say that this budget review
comes with a delay of at least a month and a half. The public is aware that VMRO-
DPMNE through the Deputy Minister of Finance Gordana Kocoska-Dimitrieska in
March immediately after seeing the initial negative effects of the health and
economic crisis caused by the coronavirus proposed or indicated the need to
redesign the state treasury, said VMRO-DPMNE’s Trajko Slaveski at Friday’s press
conference.
Here is part of Slaveski&#39;s statement:
But like many of our suggestions, it was not accepted. So, the current proposal
comes with a long delay. Meanwhile, the government has continued to spend budget
funds as if nothing was happening, mostly on current expenditures, much of which
was aimed at pre-election bribery of voters. So, the continuation of the practice from
the period from January to March 2020, which as it is known is realized budget
deficit in the amount of 7.4 billion denars or 120 million euros, which was 42.6
percent of the total planned deficit for 2020.
This was spent money without a single penny to focus on supporting the companies
affected by the crisis, many of which stopped working with the introduction of the
state of emergency in the country. Therefore, we should not be surprised by the
striking figure presented by the Minister of Finance Angelovska from the planned 750
million euro budget deficit with this budget review, which is historically the highest
level of planned budget deficit in the history of the Republic of Macedonia, and this
was confirmed by the Minister, the public debt of the Republic of Macedonia is
approaching, or will approach if all this is realized, to the critical level of 60 percent of
GDP.